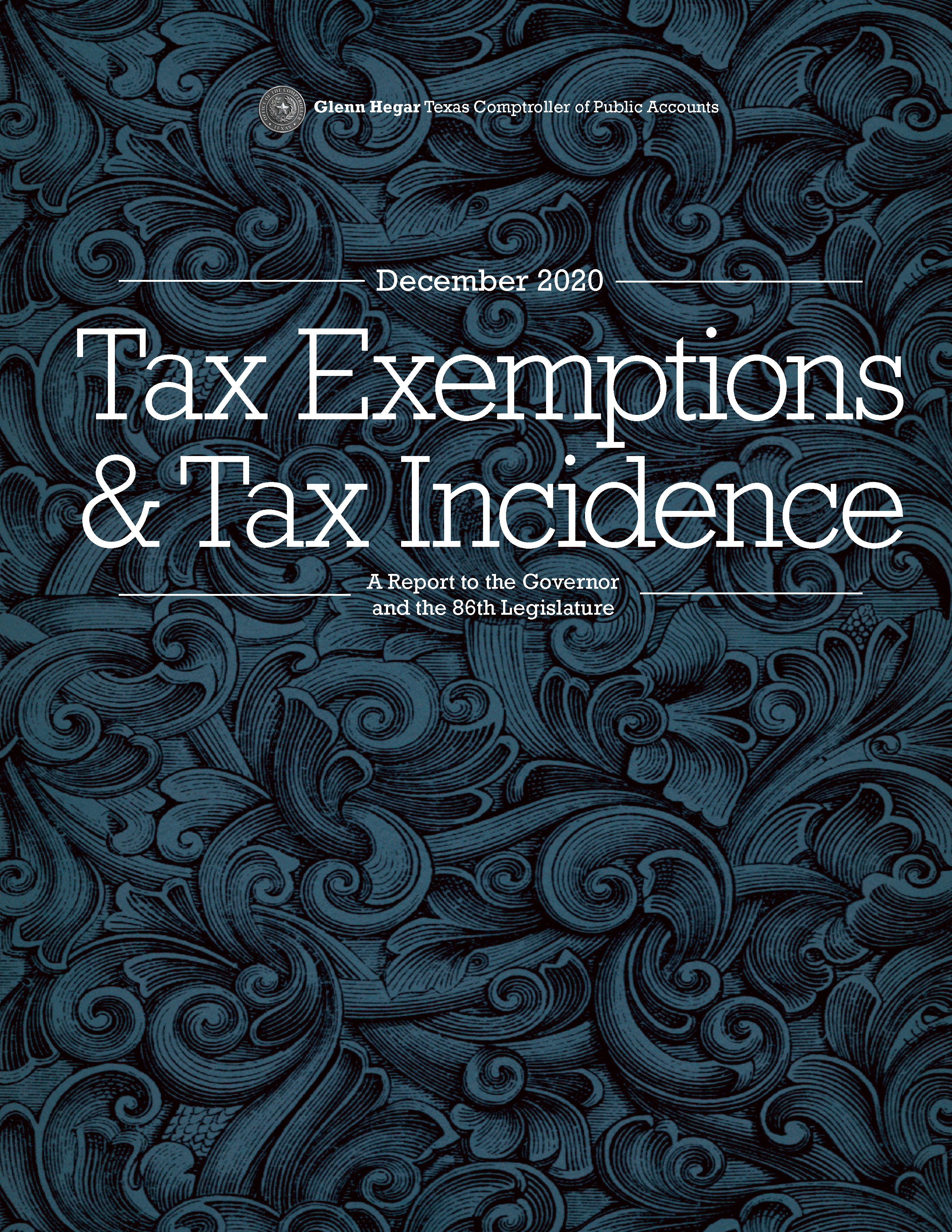 Texas’ Tax Exemptions & Tax Incidence report is missing the largest individual tax break to oil and gas in the state. This provision reduced taxes on the industry by $1 billion in 2022 according to analysis by the Texas Comptroller of Public Accounts that was provided in response to a public records request by Earth Track. The revenue losses from this provision are far larger than all other tax subsidies to fossil fuel production that the state does report on. It's omission results from the way the authorizing legislation requiring tax expenditure reporting is worded. Specifically, large exemptions from smaller tax bases can be excluded, even if they result in large losses to Texas taxpayers. Whether this reporting loophole was created intentionally or by accident, it should be fixed. As shown here, the effect has been to exclude disclosure from the sections of the tax code that are most important to natural gas producers.

Texas’ Tax Exemptions & Tax Incidence report is missing the largest tax break to oil and gas in the state.

Tax preference items available to any group should be routinely disclosed in the Tax Exemptions & Incidence report. Where this is not happening -- particularly for provisions generating large revenue losses -- the data gap should be of great concern to both Texas taxpayers and legislators. This posting focuses on subsidies to oil and gas. However, the example inevitably raises the question of whether other significant tax breaks to any sector are also being excluded. Such omissions would make it much more challenging to ensure strong fiscal controls and accurately-measured policy tradeoffs in state policies.

A central tenant of tax expenditures, and the primary reason they are now reported in nearly every state in the country, is that regardless of who is getting special treatment the government still needs to raise sufficient revenues from taxes and fees to run the government. This means that tax reductions granted to one group need to be offset by higher taxes on others. If some groups are able to exclude the scale of tax benefits flowing their direction from standard reporting, governmental decisions are likely to be worse. Indeed, it is reasonable to expect that groups with more political power will be more successful in shaping authorizing legislation to keep the scale of their tax breaks private. This outcome is not good for market competition in the state, particularly where new industries with far less political heft are taking on established incumbents with better, cheaper, or cleaner products.

A related question goes beyond Texas. Whether, and to what degree, do other states, provinces, or even entire countries have enabling legislation on tax expenditure reporting that also masks material beneficiaries? Exploring the extent and scale of these omissions is something that perhaps the team producing the Global Tax Expenditures Database could take on in the future.

Texas releases its Tax Exemptions & Tax Incidence report roughly every two years, with the most recent version published in December 2020. At 80 pages long, and running through exemptions to all different types of taxes, the report seems a comprehensive tally of state revenue losses from targeted tax reductions to specific groups of people, industries, or activities. The review even includes exemptions from oil production taxes under section 202 of the Texas tax code. These have been worth roughly $30 million/year in recent years (Table 9 in the report linked to above).

Unfortunately, the authorizing statute mandating this report is not comprehensive, enabling large tax preferences to be legally excluded. This includes tax breaks that parallel those to oil but that instead apply to natural gas and reside in a different section (Section 201) of the Texas tax code. Section 201 appears to include five tax exemptions (see table below), of which data from the Texas Comptroller of Public Accounts indicates two have resulted in significant revenue losses over the past decade:

Table notes and sources
(a) Asterisk (*) denotes an estimated revenue loss that is either zero or negligible.
(b) Columns may not sum because of rounding.
(c) Data provided by the Texas Comptroller of Public Accounts, October 2022, in response to a public records request submitted by Earth Track.

The basis for this reporting gap arises through Section 403.014 of the TX government code that calls for a "Report on Effect of Certain Tax Provisions." The specific scope is worded as follows:

(a) Before each regular session of the legislature, the comptroller shall report to the legislature and the governor on the effect, if it is possible to assess, of exemptions, discounts, exclusions, special valuations, special accounting treatments, special rates, and special methods of reporting relating to:

A few observations may be helpful in fixing this gaping hole in tax expenditure reporting in Texas:

Note: this posting was updated to add 2009-2022 revenue loss totals to the data table.