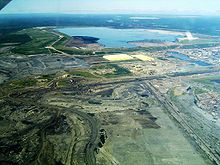 As noted in our piece, the basis for all of the attention on the oil spill tax exemption is an IRS Technical Advice Memorandum (TAM) released in 2011.  A TAM provides technical guidance in response to questions from internal staff on how to apply particular tax rules to the circumstances of a specific taxpayer.1   In this case, the TAM was unambiguous, concluding that tar sands were not required to pay into the fund.

The Economist on Scrapping Subsidies: Some Thoughts

Refinery expensing of great benefit to the Keystone XL Pipeline