Fake RINs: If it acts like money, counterfeiting isn't a big surprise

Renewable Identification Numbers, or RINs, are the credits generated by biofuel blenders to demonstrate compliance with mandates under the US federal Renewable Fuel Standards.  When the mandates are binding, these RINs sell for real money.  Assuming the ethanol excise tax credit expires as intended, the RFS will be binding more often, and the RIN value will rise.

When there is real money at stake, all sorts of entrepreneurs, including the illegal ones, try to figure out how to cash in.  The RIN market, it turns out, is no exception.  Clean Green Fuel (their website has reverted back to Go Daddy) has been cited with generating 32 million illegal credits, worth 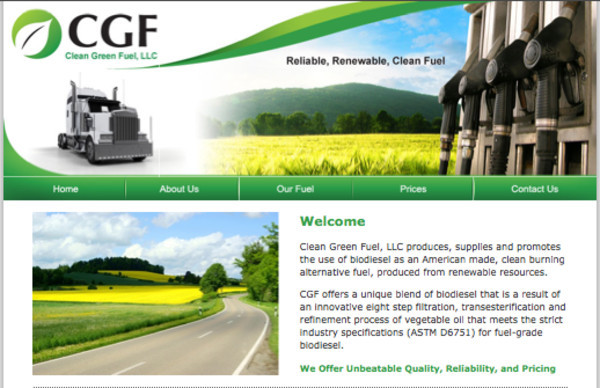 an estimated $9 million.  EPA is now prosecuting purchasers of these RINs, a group that includes Exxon Mobil, Royal Dutch Shell, and Morgan Stanley.  The logic of prosecuting the purchashers is to generate a strong incentive for self-policing credit sources.  Purchasers, on the other hand,  claim they have little capability to differentiate valid from invalid credits.

I'm a bit doubtful about this last point.  Most securities, after all, are now book-entry only (no paper certificate), much like the electronic RINs.  Somehow Morgan Stanley has vetted its trading network to ensure that when it buys a security, it is buying the real thing.  While the RINs market may require participants to make some additional investments in infrastructure in order to bring the level of transparency, validation, and security up to the levels needed, I'm confident it can be done.  Frankly, we ought to consider ourselves lucky if we can force this development from problems in the relatively small RINs market.  The risks of fraud, abuse, and simple operational glitches in credits for any broad-based CO2 trading system will be orders of magnitude higher.  It would be good to do the learning now.

This isn't the first example of fraud on environmental credits, and it won't be the last. Tax evasion via carbon credits in the UK was valued at 38m Pounds.  EU-wide losses from the same scam were estimated as high as 5 billion Euros.  Problems with fraud and phantom reductions have also been recurring under the Clean Development Mechanism.  The risk of fraud is considered so high by consulting firm Deloitte, that they've titled their guide on what to look out for Carbon credit fraud: the white collar crime of the future.

A related issue involves climate mitgation financing.  There's been a push to use a Tobin tax, levying a fee on international currency transactions, to fund climate change adaption in the developing world.  Projected revenues are around $25 billion, though estimates ten years ago in this OECD write-up went as high as $250 billion.  Though the OECD review suggested this upper end was probably unrealistic; however, it is quite possible that transfers would be well higher than $25 billion per year.

Even if one could address the evasion issues OECD discusses, there needs to be a great deal of thought on how such a large pool of capital could be productively deployed in parts of the world that have high corruption, little due process, and poor fiscal transparency.  Such analysis, including examples of past successes in related areas, should be a central component of any Tobin-tax-for-climate proposal not an afterthought.

Subsidized biofuels and energy security in a time of crop failures