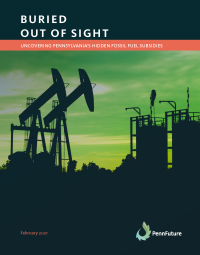 A group of environmentalists says taxpayers should be worried about extending an $8 billion credit line to Georgia Power's Plant Vogtle nuclear expansion project in Augusta.

To kickstart more nuclear development, the Obama administration in 2010 conditionally committed the government to the massive loan.

Sara Barczak, an attorney with the Southern Alliance for Clean Energy, says given ongoing project delays and cost overruns, taxpayers should be leary of the investment.

“It isn’t a solar or a nuclear or a whatever argument, it is a fairness to U.S. taxpayers argument.”

In a written statement, the Southern Company said the $14 billion project doesn't hinge on the federal loan.

Barczak and others have worked for years to get some sense of the loan negotiations between the federal government and Georgia Power's parent company, Southern Company.

“Now we have confirmation that there are indications of political involvement in the process that we believe needs to be looked into more.”

Barczack says sound business decision-making, rather than politics, should be driving negotiations over the loan terms.

SACE and others recently issued a report on their findings.

Doug Koplow, the report author and a founder of the watchdog group Earth Track, compared the loan slated for Vogtle to the one extended to the failed energy company Solyndra, which cost taxpayers at least $500 million.

Koplow says he wants the report to serve as a wake-up call to Washington.

“On the Solyndra loan guarantee there was a lot of discovery that happened as a result of congressional action and I hope that some people in Congress will view that as useful to do for this loan guarantee as well.”

In a written statement, Southern Company spokesman Mark Williams says negotiations with federal officials are ongoing and confidential. He added the $14 billion project doesn’t hinge on the federal loan.

The loan terms are expected to be finalized by the summer.