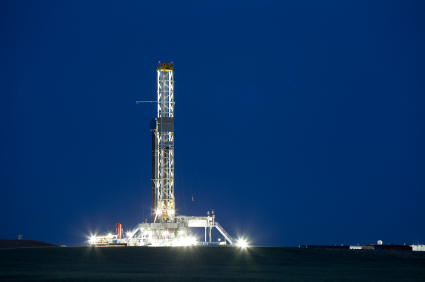 It is not useful to dismiss the question, as it often comes from serious and well-intentioned people.  Government officials, for example, face legislation with the intent or effect of subsidizing fossil fuels with great regularity.  And, as one representative recently described it to me, when that legislation does arrive, they have to push either the “red” or the “green” button on the bill as written.

At that point, options to improve or eliminate the legislation might be limited.  But careful attention to these details ahead of time can help avoid the most egregious of giveaways, and even refocus legislation to pathways that achieve the same goal at both lower cost and lower pollution.

Common arguments for public support need to be carefully tested

There are some common justifications for subsidies that are put forth almost regardless of the sector.  These include supporting regional development, job creation, and the development of technologies that will supposedly drive economic growth in the future.  While these objectives are clearly important to voters as well as elected officials, too often the justifications are presented simplistically.  Simply stating a noble endpoint is far from sufficient to justify supporting a particular policy; any such claims need to be carefully tested.

Yes, your subsidy will create jobs… So?  All  spending, after all, creates jobs.  There’s nothing special about government largesse to energy industries in this respect.  And since all subsidies need to be financed through higher tax burdens on other industries and people, they can also destroy jobs by reducing returns in those other areas.  And job claims too often are vaguely stated.  The actual number of jobs created may not be properly measured and never reality-checked later to see if the promised jobs actually materialized.   Raw numbers are tossed about, rather than normalizing the claims to job-years (many jobs are short-term, and there would often have been some job growth in the baseline anyway).  Job gains are often not netted either, to account for the job losses on other industries from having to fund the subsidies.  Finally, even in the few cases may subsidies are subject to recapture if the promised jobs don’t actually materialize, it may be infeasible or impossible to recover the money.

Many pathways to the same end-goal.  Subsidies are often justified within the context of a specific constituency, and in isolation of alternative, more efficient policies.  There are usually many pathways for regional development, for example, or to achieve a particular social goal.  Even if one wants to provide government support, it is important to compete these options against one another to achieve them at the lowest subsidy cost per benefit attained.

A tunnel vision view of policy options frequently results from mis-defining the end-goal – though beneficiary industries prefer this narrow approach in order to boost their chances of capturing the government support.  Subsidies to lower carbon transport fuels, for example, ignore that less expensive ghg reduction can be had in other sectors; it also subsidizes fuel supplies and ignores the many potential improvements via higher load factors in passenger and freight transport.  Targeted support for nearly every step of the nuclear fuel cycle similarly undermines the many other ways to reduce ghg emissions across an economy that are quicker, cheaper, and more certain to materialize.

Your state-level subsidy is not likely to trigger a world-class mega-employer.  Efforts to jump-start new technologies and industries are exceedingly difficult to achieve, and visions of a “little boost” giving rise to a global industrial powerhouse minting jobs for locals is close to fantasy.

Governments often focus on one or two parts of a very complex competitive system, and therefore miss the trade-offs that real companies need to make on access to skills, supply networks, and markets.  Subsidies to domestic manufacturing of solar panels in the United States are a case in point (Evergreen Solar and Solyndra come to mind), despite production economics heavily favoring countries such as China.

In some cases, large, sustained federal subsidies may result in breakthroughs – though how long those advantages accrue to domestic producers only is an open question.  State or provincial subsidies are sometimes directed at propping up or growing local industries -- but these governments rarely have the scale to be successful over the mid- to long-term.

Additional claims used to lobby for subsidies to extractive industries

Within oil and gas exploration, there are a couple of additional justifications often put forth for subsidies.  These include energy security and field life extension.

Think holistically about energy security.  Energy security is a real concern for nations, but should also not be viewed too narrowly.  Are there other ways to boost supplier diversity, domestic production levels, or reduce the demand for specific fuels that require lower subsidies (or none at all) to achieve the same levels of energy security?  Do users have to pay for the energy security services a state provides, so that prices support efforts to boost security in other ways?  Are the subsidies being proposed going to make a material difference to the energy supply equation within the country, or not?  If not, the support is likely more about local political horse-trading than real national benefits.

Natural resources aren’t the only industry with perishable assets.  Field life extension is the argument behind reductions in royalty rates in older fields as well as special tax deductions for restarting old wells or for keeping lower-output wells operating.  The claim is that you might as well get something for the uneconomic reserves because otherwise they will simply be left in the ground.

These are not directly exploration subsidies, although they may support some new activity adjacent existing locations.  The challenge here is also to look at the economic trade-offs more broadly because "lost" reserves may again be economic to recover if prices increase or technology improves; and the idea that productive resources may be lost forever due to changing economic conditions is hardly limited to natural resources.

It is extremely common for many production processes, particularly with a concentration of capital-intensive fixed assets, to become less efficient and lower margin as they age.  The products are no longer cutting edge; plant maintenance may get much more expensive; leverage over price points may decline with the novelty of the output and the rise of competition.   With commodity outputs, economic cycles can also wreak havoc on capacity utilization rates and profitability.

There are sectors with much faster product cycles than oil and gas (microchip fabrication, for example), yet the governments don't go in and reduce tax rates or provide massive new subsidies to keep the old production process operating.

Patents or other intellectual property may be at least as perishable as natural resource reserves, and it is not clear that the societal return to propping up existing production sites is higher in oil and gas than in other sectors of the economy.   One area that has been of interest to me, for example, are the lines of medical research that get discontinued when pharma firms get bought out.  I would expect that the opportunity cost to society from this economic shift are often larger than the losses from shutting down and oil well as output drops.

For commodity cycles, producers often ride out the downturns through closures (some of which are temporary) or consolidation.  Governments may assist via existing (sector-neutral) benefits for unemployed workers; but most developed economies no longer dump in public money to keep the plants cranking out the goods.

Even subsidies to “cleaner” extractive industries can generate sub-optimal outcomes

Recently I was asked whether natural gas deserved government support because it is so much cleaner than coal and oil, and a bridge fuel during the transition to even lower carbon forms of power.

The externalities associated with oil and gas production make exploration subsidies much more difficult to justify than industrial support in a different sector might be.  Efforts to push the development of new reserves -- be they Canadian tar sands or Arctic oil and gas -- generally involve a large array of supports to exploration, production, financing, transport links, regulatory oversight and sometimes environmental cleanup as well.

In combination (sometimes referred to as “subsidy stacking”), these subsidies create competitive impediments to even cleaner energy resources, may unlock enormous amounts of carbon from locations that would not otherwise have been economic to develop, and, as with the Arctic,  can put at risk fragile ecosystems and other industries that depend on a clean environment (e.g., fishing).  Sloppy operations even for the cleaner natural gas can result in high fugitive emissions of methane, undermining even the ghg reduction benefits.

Specifically with respect to natural gas, implementing a carbon tax would be an inherently better strategy than politically-directed subsidies to expanding the natural gas industry in a particular region.  A carbon tax would reward natural gas for its lower ghg footprint, but without penalizing even cleaner options.  And it would raise revenues for the state in the process.

This particular query was in reference to state supports – but many questions from the recent boom (though now stalled) in US fracked gas remained unanswered.

For example, as fracking operations have been exiting the market (often through bankruptcy), how big are the liabilities being dumped on the state from their discontinued operations and improper site closure?  Has the boom in natural gas production generated any revenue gains to the state, net of these liabilities and other costs to oversee the industry to date?  Has the state properly developed a sovereign wealth fund with the windfalls that high natural gas prices should have offered them, enabling them to be less dependent on fossil fuel extraction in the future?

The bigger the financial burden these operations have left, and the smaller the degree to which producing regions successfully created net gains and secured them in a “rainy day” fund, the worse the case for future subsidization of natural gas extraction looks.

While politics may be, to a large degree, local, it is important that oil and gas fields not be evaluated in isolation, with policy makers trying to boost support enough to make a specific project or region viable to development.  Rather, people need to look at their energy resources as a system.  They should not subsidize one field over another; should not subsidize any high cost fields that have large detrimental environmental impacts if developed; and should force oil and gas reserves to compete without subsidies against alternative fuels and demand-side options to boost energy efficiency.

State and local subsidies to environmentally-harmful activities: too often ignored