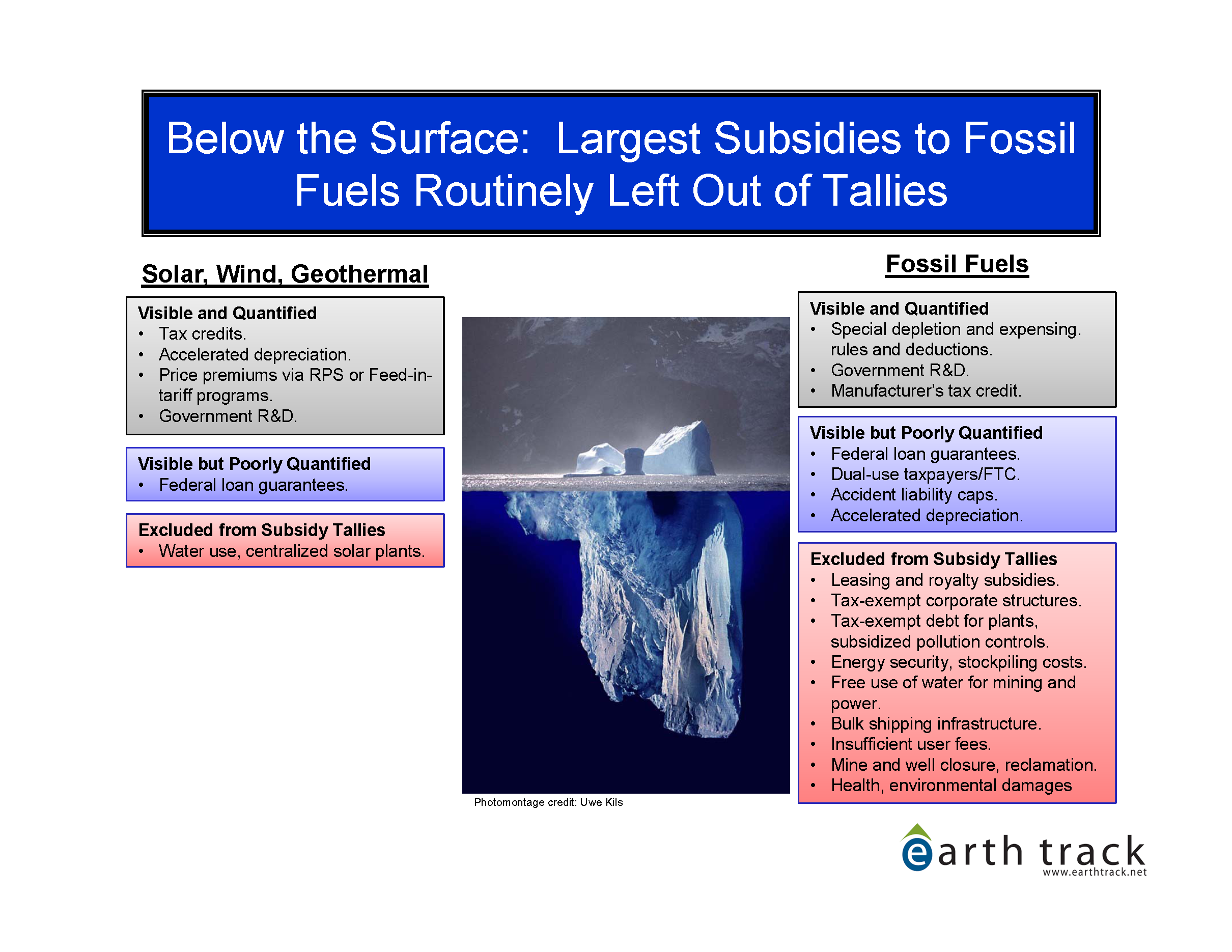 All forms of energy in the United States get some subsidies -- it's the American way, I suppose.  But big PR battles are fought on who gets how much.  In a recent webinar I did for The Vote Solar Initiative, my goal was to highlight the missing parts of the subsidy estimates that continue to receive most of the media attention.  If one is comparing energy options for the country, it is helpful at least to be incorporating the subsidies to all of the options in an even-handed and comprehensive manner.

Renewable energy has a bit of a challenge in this regard.  Yes, they get subsidized.  And some beneficiary fuels (corn ethanol and landfill methane, for example), really ought not be called renewable at all.  But the vast majority of the subsidies to renewables are both visible and fairly easy to quantify.  For fossil fuels and nuclear, it is the opposite.

This is the iceberg problem:  many of the subsidies to conventional energy are that underwater portion of an iceberg -- invisible in most press reports, but massive nonetheless.  They may be hard to see, but they are still fully capable of damaging any ships that come too close. Practically, the iceberg problem means that when subsidy numbers are reported by the media, they tend to capture most of the government subsidies to renewables, but only a small portion of the government subsidies to coal, oil, gas, and nuclear.

The chart below illustrates this graphically, highlighting some of the areas that tend to be ignored.

There is no simple fix.  The press normally reports on work that others have done; and even if reporters wanted to dig into expanding the information base itself, the current economic realities of media companies probably wouldn't allow it.  The feds could presumedly do more detailed analysis.  However, across a number of federal agencies they have thus far chosen to adopt an overly narrow research scope that leaves out much of the subsidy mass below the surface.

The full slide pack from the webinar can be accessed here; the webinar recording is here.