Politicians don't like to admit that they have caved, and so try all sorts of wiggles to make it look otherwise.  But let's be clear:  even if you call it "Contracts for Difference" instead of "Contracts that Commit Taxpayers to Pay Prices Well Above Market for a Very Long Time" the essence of what you are doing doesn't change.  The policy is a long-term above-market price floor for new reactors.  Stated otherwise, the UK has jumped the shark, and, in a repeat of its historical approach (see p. 81) to the sector, will be subsidizing new nuclear in a big way for decades to come. 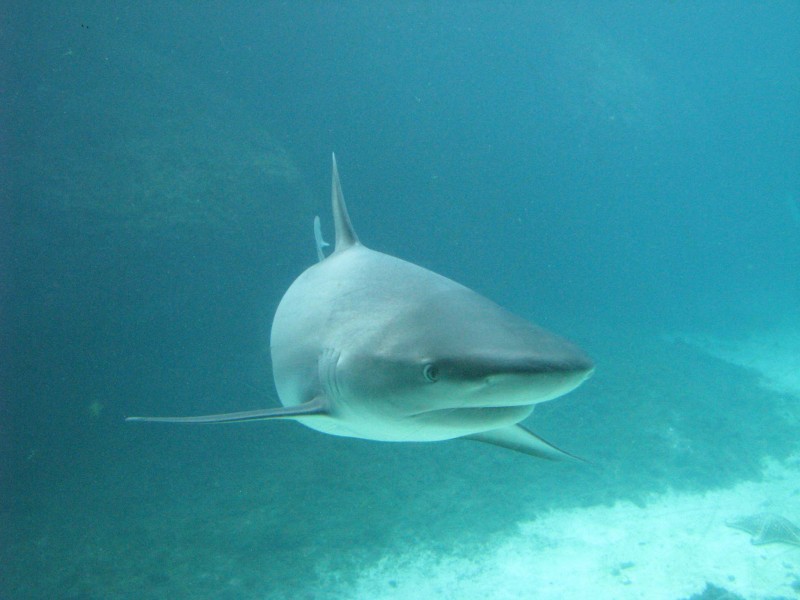 Big projects mean big risks.  You might screw up construction, or markets could change so your product is worth less, or there is an accident somewhere in the world that sets all the annoying regulators atwitter forcing you to spend money you weren't expecting to have to spend just to prove you are safe (which of course everybody already knows you are).  Investors don't like this uncertainty, and using government as a special investment partner (i.e., pay money, bear risks, but don't have a stake in the profits) is a strategy that has proven quite successful for the nuclear industry over the years.  I've coined it "policy-enhanced investing (PEI)," and it normally offers better returns than the old-fashioned type.

The nuclear industry is nothing if not persistent.  Faced with an endemic inability to deliver market-competitive power, industry participants, its trade associations, and the politicians who support them, have used a three-pronged strategy for decades. Many of these attributes pop up in the UK justifications for the long-term price floors for new nuclear plants.

Long-term contracts for power, or indeed for a range of items produced by large-scale, capital intensive industries aren't new.  Producers like these contracts because they need to ensure enough of their production will be purchased to cover most of the capital costs of their facility over the long period it will be operating.  These types of contracts can greatly reduce market risks prior to committing the capital.  But normally, a buyer entering into such a contract will get a discount on prices, often a substantial one, because they are willing to buy a large quantity for a long period of time.  Much can change in 20 or 30 years, so the purchaser does indeed take on quite a bit of risk that changes in their needs or the marketplace overall, will render the long-term purchase contract a financial albatross.

Although the UK "Contracts for Difference" are long-term contracts, they differ rather dramatically from private market transactions.  Specifically, they are price floors, committing to long-term purchases at a premium rather than a discount -- the opposite of how private deals would normally run.  How can this be?  Simple:  the contracts are subsidies, not market transactions; and likely to be very large subsidies at that.

Here's Edward Davey, Secretary of State for Energy and Climate Change, and MP for Kingston and Surbiton, doing the "No Subsidy Wiggle" in April 2012:

The  purpose of the Contracts for Differences which Fiona refers to in her article are to provide that greater price certainty in the period of transition towards a low carbon energy future, when investment requirements are so high. I want to make clear, just as Chris Huhne did, that this means that nuclear will not receive a higher price than comparable generation technologies whether they be renewables or indeed gas generation once its emissions have been abated by carbon capture and storage. There will be no public subsidy of nuclear generation.

Current changes make the terms even worse for taxpayers

Recently, the no-subsidy "Contracts for Difference" seem to have gotten even worse for taxpayers.  Rather than a duration of 20 years as originally envisioned, the price floors are now being offered for 40 years.  And far from securing a discount for the project risk the public is bearing, the contracts will be at "more than double the market price for electricity, and higher than all but the most expensive government forecasts for the future."

Here's the promise of engineering miracles (noted in Prong 3) to bring the costs down:

Whitehall sources said they were confident that although the cost of the new reactor would be very high, that will start to fall with subsequent projects, and could fall as low as £55-56 a unit later in the programme.

Hasn't happened for the industry yet (see Exhibits 1 and 5, pages 4 and 14), not even in France, the poster child for industry-supportive nuclear policy.  And its unlikely to happen in the UK with a handful of subsidized reactors hardly comprising the type of production run for major economies of scale and learning to kick in.

Worried that perhaps the UK government doesn't have taxpayer interests at heart?  A Guardian article reveals that you should be:  a surprising number of nuclear industry staff are actually working for the government oversight agencies policing the sector.

A Freedom of Information request undertaken by the campaign group, NuclearSpin.org, showed at least 15 people working for the nuclear energy industry or its consultants have been seconded to areas responsible for policy or regulation, some being paid for by the taxpayer.

The government assures that they have adequate procedures in place to guard against conflicts of interest.  Still, anybody want to find which UK public policy schools think this type of arrangement is a good idea?

Back to Edward Davey for a moment.  His piece in 2012 harkens back to an October 2010 statement by former Secretary of State for Energy and Climate Change Chris Huhne, noting that:

As Chris Huhne outlined in October 2010 this means that “there will be no levy, direct payment or market support for electricity supplied or capacity provided by a private sector new nuclear operator, unless similar support is also made available more widely to other types of generation.” [Emphasis added].

That is:  there may be a subsidy, but not a bigger one than renewables get.  But going back even further shows that the "Huhne Position," if we can call it that, is itself a subsidy capitulation.  Earlier history has been nicely summarized in a 2008 paper by Professor Steve Thomas, on the faculty at the University of Greenwich and a long-time analyst of the UK nuclear sector.  Here's an extract.

In May 2005, Tony Blair said 'Nuclear power is back on the agenda with a vengeance'[1]. His chief scientific adviser and other government spokespeople suggested that up to 20 new nuclear units would be needed. This was taken by many, internationally, as a signal that the UK was about to launch an aggressive new programme of nuclear power stations. However, in evidence to a Parliamentary Select Committee, the Energy Minister, Malcolm Wicks said[2]:

'It is not for government to say that we shall have X nuclear reactors and so on. Government will not be building nuclear reactors, will not say they want X number of nuclear reactors. I always thought myself that if at the moment one fifth of our electricity is from nuclear, if the market came forward with something to replicate that broadly in the future, from my own point of view it seems to me that would make a useful contribution to the mix. We are not going to do anything to facilitate that, nor this percentage nor that percentage.'

Subsequently, after a challenge by Greenpeace, the High Court found in February 2007 that the government's consultation process on nuclear power was inadequate and had to be repeated. 'Mr Justice Sullivan said that the consultation exercise was "seriously flawed and that the process was manifestly inadequate and unfair" because insufficient information had been made available by the Government for consultees to make an "intelligent response".'[3]

The government's Green Paper on energy published in May 2007 therefore made no specific commitments on nuclear power. However, one of Gordon Brown's first statements as the Prime Minister in June 2007 seemed to pre-empt the consultation. He told Parliament on July 4 that[4]:

'...we have made the decision to continue with nuclear power, and ... the security of our energy supply is best safeguarded by building a new generation of nuclear power stations.'

A new consultation was announced in May 2007 and was closed to submissions in October 2007. In January 2008, the government announced the result of the consultation, which again favoured new nuclear construction. The new White Paper stated:

'Set against the challenges of climate change and security of supply, the evidence in support of new nuclear power stations is compelling.'[5]

The commitment not to provide subsidies was reiterated:

'It will be for energy companies to fund, develop and build new nuclear power stations in the UK, including meeting the full costs of decommissioning and their full share of waste management costs.'[6]

The utilities most likely to build nuclear plants, EDF and E.ON both supported the suggestion that subsidies would not be needed. Vincent de Rivaz, CEO of EDF Energy (UK) said: 'We have made it clear we are not asking for subsidies, all costs will be borne by us.'[7] While E.ON said in a press release: 'It also believes that there is no requirement for either government subsidies or for a guaranteed long-term cost of carbon to make new nuclear power stations economic.'[8]

Lessons from the UK experience

There are certainly some obvious take-aways from this. First, that concentrated industries with large potential gains from favorable policy shifts and large losses from the status quote will invest heavily in getting their positions heard and policies changed in their favor.  They will do this consistently over many years.  This creates significant challenges for taxpayers or less powerful competing industries, but nonetheless requires them to be both organized and equally vigilent.  Second, erosion of political positions (for example, from no subsidies to nuclear being diluted to no subsidies that are larger than what other forms of energy get) require immediate flagging and pushback.  A third lesson is that efforts to obtain energy- or technology-specific carveouts are routine in the world of subsidies.  Restructuring the policy wording to focus on the objective (e.g., lower carbon electricity) can make it much more difficult for politicians to claim their uncompetitive industry-specific subsidy programs are necessary in order to achieve the shared social goal.  Further, the reframing can force the nuclear industry to demonstrate it is the lowest cost way to achieve those social goals in competitive bidding, not just in white papers -- in the process saving public funds and forcing all potential subsidy recipients (not just nuclear) to be more competitive.

Litigation on the Contracts for Difference as violations of EU rules on State Aid may soon be underway.