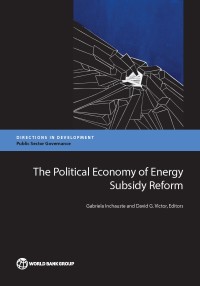 This book proposes a simple framework for understanding the political economy of subsidy reform and applies it to four in-depth country studies covering more than 30 distinct episodes of reform. Five key lessons emerge. First, energy subsidies often follow a life cycle, beginning as a way to stabilize prices and reduce exposure to price volatility for low-income consumers. However, as they grow in size and political power, they become entrenched. Second, subsidy reform strategies vary because the underlying political economy problems vary. When benefits are concentrated, satisfying or isolating) interest groups with alternative policies is an important condition for effective reform. When benefits are diffuse, it can be much harder to identify and manage the political coalition needed for reform. Third, governments vary in their administrative and political capacities to implement difficult energy subsidy reforms. Fourth, improvements in social protection systems are often critical to the success of reforms because they make it possible to target assistance to those most in need. Finally, the most interesting cases involve governments that take a strategic approach to the challenges of political economy. In these settings, fixing energy subsidies is central to the governments’ missions of retaining political power and reorganizing how the government delivers benefits to the population. These cases are examples of “reform engineering,” where governments actively seek to create the capacity to implement alternative policies, depoliticize tariffs, and build credibility around alternative policies. The most successful reforms involve active efforts by policy leaders to identify the political forces supporting energy subsidies and redirect or inoculate them.