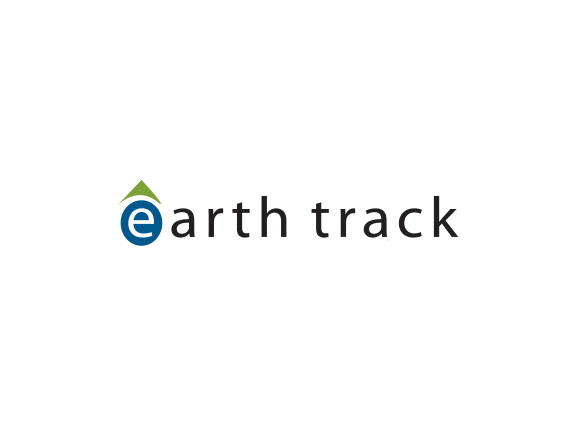 These have been busy months in the world of subsidies to nuclear power.

1)  Reality continues to bite the nuclear renaissance.  Over the summer, Duke Energy moved to cancel its Lee nuclear project in North Carolina and its Levy project in Florida.  Duke is seeking reimbursement of $353 million in expenditures from ratepayers on the Lee project.  On the Levy Project, Duke announced it will not seek reimbursement of $150 million in expenditures not already recovered from ratepayers, meaning that shareholders will absorb the loss.  However, with total expenditures of $800 million over 9 years at Levy, it appears as though ratepayers are bearing by far the largest losses from Duke's managerial missteps.

Dominion Energy has paused its development of a new reactor at its North Anna nuclear plant in Virginia.  Next Era announced a pause of its Turkey Point project in Florida. Ratepayers in the Turkey Point district are expected to pay $300 million for NextEra's never-built plants (though the utility claims they still plan to build them, just in a decade or so).

Meanwhile back in Georgia, the Vogtle project seems still to be a "go," with Southern Company deciding to continue building the reactors.  "The project's co-owners, Oglethorpe Power, MEAG Power and Dalton Utilities, all support the recommendation."  Dalton Utilities, the smallest of the partners, is also the only investor in Vogtle not to be getting subsidized federal loans.  But at least as of last December, they were still upbeat on the project, and paying their costs on an ongoing basis from collections from ratepayers.  The President of Dalton Utilities previously worked in finance at Southern Company.

2)  While ratepayers could be on the hook for bloated mismanagement of reactor projects, executives may not be.

3)  Counter-party risks, or why nuclear utilities so like those "costless" government loan guarantees.  Toshiba's Westinghouse division played a central role in the construction of new US reactors now floundering.  Earlier this summer, the parent committed to a multi-billion dollar settlement payment on the VC Summer reactor project.  The first payment on this nearly $2.2 billion agreement is $150 million, due in October.  However, it is looking increasingly unlikely to arrive on time as Toshiba is running into hurdles around selling its flash memory business.  The business is a joint venture with US company, Western Digital, who also wants to buy it.  Western Digital is not happy with the direction Toshiba is taking on the sale.

Payments from Toshiba continue through September 2022, meaning there are many more opportunities for the pressures now facing Toshiba's survival to blow up, resulting in larger losses to the nuclear utilities and their shareholders.

4)  Without subsidies to nuclear power we won't have a world-class navy:  national security is the latest prop to flailing US reactors.  The economic intersection of the civilian and military nuclear spheres is a fascinating, though fairly opaque area in the world of energy subsidies.  Unlike toothpaste, proliferation and national security concerns preclude the civilian sector from building and selling their wares broadly.  This is one reason why costs in many competing energy technologies fall much faster than the forever promised (and rarely delivered) cost reductions for building nuclear reactors; and why they will continue to do so for the foreseeable future.

That send, the interchange isn't zero.  While cutting edge designs or materials with military uses aren't going to spill into the civilian sector, some of the capabilities developed on the military side can be shared.  This could include less sensitive innovations or spreading of fixed costs related to facilities, life cycle management, or personnel.  This cost-spreading also helps those on the military side as well:  if they've got to build a massively expensive socialized nuclear waste facility and can store civilian wastes there too, there are some economies of scale in spreading the fixed costs.  In addition, some sharing across sectors allows the military to argue that their programs have benefits beyond weapons.

Subsidy allocation needs rules of thumb that are a bit less mushy, however.  Where there is clear spreading of common fixed costs, allocation on a capacity-used basis seems logical and fair.  In contrast, if military requirements on materials research are much more stringent than what the civilian sector uses (or is allowed to use due to secrecy concerns), 100% of the subsidy costs should be attributed to the military sector. This holds true even if there is a theoretical commercial benefit of the research, or an expectation that 20-30 years from now, it will be able to enter the civilian side.

My general rule of thumb on this stuff is that the group that needs a technology more is the one to whom the costs should be allocated; and that the least price-sensitive user is the one driving the market.  Stated a bit differently:  military nuclear programs are mission critical to the US and not price sensitive.  While the presence of a civilian nuclear sectors may offer some opportunities to spread or share costs, it is not determinative: the military programs will continue regardless of what is going on in the civilian sector.  For this reason, I find the argument that we need to massively subsidize civilian reactors in order to maintain our military nuclear capacity incorrect and misleading.

The Energy Future Initiative, a DC-chartered non profit founded this summer and led by former DOE Secretary Ernest Moniz, has come out swinging on this issue with a recently-released paper (The U.S. Nuclear Energy Enterprise: A Key National Security Enabler) on why we need to massively subsidize nuclear if we want to keep our navy running.

Moniz is a high-powered guy, as are many of the people affiliated directly or as advisors to EFI.  Yet, for an organization that is supposed to focus on an "all of the above" approach to achieve more effective and efficient deployment of clean energy, to have this "special report" come out as one of their first major deliverables -- and with no funding source listed in the document -- is problematic.  The Emerson Collective, led by Laurene Powell Jobs, is a major initial funder of EFI, and may have funded the nuclear study.  But EFI also notes it will take money from industry as well, so a lack of disclosure at the study-level is not acceptable.1   Exelon, in particular, has been actively funding studies that come out in favor of large new subsidies to their reactors; appropriate disclosure is not a theoretical concern

For a critique of many some of the core claims in the EFI report on the security benefits of propping up civilian nukes, this article by Victor Gilinsky and Henry Sokolski is a start.  Their point that civilian subsidies shouldn't be granted for military purposes without being forced to compete in terms of efficiency with other security options is spot-on.  The desire instead to earmark massive subsidies to nuclear with no competitive tender mirrors the nuclear industry's strategy on climate change as well -- where carbon subsidies awarded based on who can reduce ghg emissions at the lowest subsidy cost would be likely to flow mostly to non-nuclear recipients:

The report suggests several ways to subsidize the “nuclear energy enterprise.” A telling omission: EFI never suggests that subsidies with the putative purpose of supporting national security come from the national security side of the federal budget. EFI obviously knows that if the money had to come out of, say, the defense budget, it would have to compete with other defense priorities, and would never make it.

The authors also point out a conflict between the push for civilian growth through exports and the implicit weakening (sorry, "developing more flexible approaches for negotiating) of the 123 Agreements that protect against proliferation.

Jim Green of Friends of the Earth Australia has a detailed review of the security claims in the Moniz report as well, which is well worth a read.