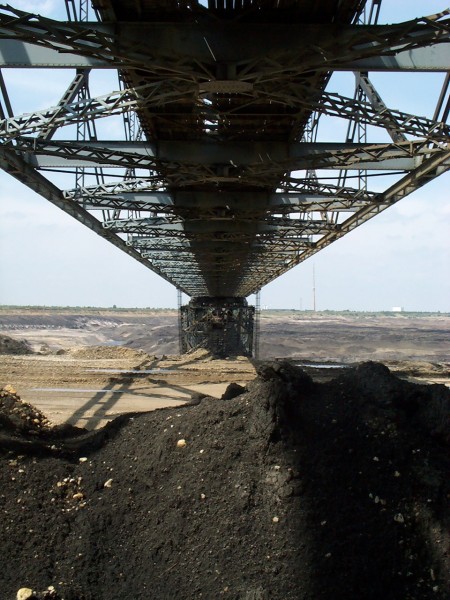 One of the striking findings in the review of subsidy reporting to the G20 that Earth Track and Oil Change International published a few months back was how little subsidy information the countries actually made public.  This information holdback is clearly detrimental to meeting the commitment all of the member nations made to phase out fossil fuel subsidies, understandable though it may be from a geopolitical, strategic perspective.  As noted in the review, early reporters suffer from and early mover disadvantage -- facing potential retribution from "outed" subsidy recipients, litigation by trading partners, but little upside if other countries don't report with equal candor.

A leaked memo from Canada in March 2010 showed this dynamic playing out prior to G20 reporting deadlines.  The memo, prepared for the Canadian Finance Minister, laid out the options for full reporting or for finessing the agreement:

There are two broad possible approaches that Canada could take to this commitment:

1) Use the commitment as an opportunity to undertake selective rationalization of Canadian measures (which we recomment), or

2)  If Canada is not prepared to undertake any substantive reforms, minimize the obligation so that Canada can still position itself as the commitment.

The country chose the latter.

Turns out Australia did much the same.  This was uncovered following a Freedom of Information Act request put into the Australian Treasury department by Greenpeace.  As summarized by the Australian Financial Review (subscription required):

Bureaucrats last year identified up to 17 federal fossil fuel subsidies – at a cost of more than $8 billion a year – that may have to be cut for Australia to meet a commitment it made as a member of the G20, even though the government told the international forum that no such subsidies existed...

The FOI documents, sought by Greenpeace and obtained by The Australian Financial Review, reveal a long process in which burueaucrats in Treasury, the Department of Resources, Energy and Tourism (DRET) and other departments gradually whittled down the list of subsidies that might fall within the commitment Australia gave to the G20.

The bureaucrats argued that Australila should not go further than other countries in offering up subsidies, or that the subsidies were not relevant because they applied to exploration rather than production, or by disputing whether the subsidies were ‘inefficient’ and encouraged ‘wasteful’ consumption.

But the bureaucrats also show an extreme sensitivity to publicity:  some exchanges between them state that it might be better not to nominate subsidies, lest it be seen as an admission that the subsidies might actually boost fossil fuel consumption.

Overcoming these initial barriers is quite a challenging problem.  Our review of data sources on fossil fuel subsidies in China, for example, indicated widespread supports to many parts of the fuel cycle.  However, there was quite poor transparency, making quantification difficult or impossible.  China reported virtually nothing to the G20 as well. And the list goes on.

The WTO tried to solve the first mover disadvantage problem by forcing everybody to report on all subsidies in on a regular basis as a condition of their WTO membership.  It was a stick to go along the with carrot of market access.  But the Agreement on Subsidies and Countervailing Measures has no enforcement mechanism, and every country provides some subsidies, so there is no reporting and very little challenge by other WTO members.

The likelihood of governments pulling together all of this information initially is low.  Doing the initial rounds of discovery and subsidy reporting is more likely to come through trade cases and non-governmental agencies.  Once a first round of data is made public, then the countries may aquiesce to full reporting.

The Tasmanian forestry industries has received more than A$630 million in direct and indirect subsidies from 1997 to 2008. The study also found that despite the huge taxpayer funded subsides, which were intended to create jobs, that there have been steady job losses over the same period.  The authors advocate a commercially-based industry, and that Forestry Tasmania deliver a commercial rate of return.