Each time the DOE plops down another loan guarantee in the hundreds of millions or billions of dollars for this type of generation or that, it is easy to forget that power is actually fungible.  Small improvements in how we use power can be equally or more important to addressing energy security and climate change concerns as how we make power.  Further, these improvements are multiplied across millions of devices and millions of users into material reductions in demand.  The aggregate impact can often be well in excess of the new supply being created with more expensive and often politically-directed subsidies to generation.

In this regard, I was quite happy to see the work my cousin Jeff has been doing at Sandia National Lab on trying to radically improve the cooling efficiency of fans finally get some mainstream attention last week.  "Fanfa 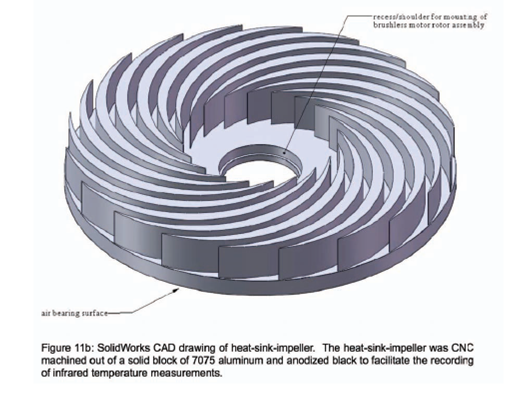 re for a New Way to Fan Computer Chips," by Don Clark of the Wall Street Journal, provides a good overview.  Computer chips are an initial obvious use for the device, but lots of larger equipment also requires cooling.  Upgrading all cooling fans in the US has the potential to reduce total US power demand by 7%.  A technical paper describing the approach can be accessed here.

While there are undoubtedly roadblocks to work through towards commercialization, the attributes of innovations such as this seem far more likely to achieve market success than some of the very large scale generating technologies (think nuclear reactors) that have been the focus of so much subsidy and effusive industry promises over the years.  Unlike new reactor designs, the lot size for a new cooling fan measures not in the tens or scores, but in the millions.  This opens up real economies of scale.  In addition, the devices using the new fans turn over frequently, allowing consistent and repeat demand over which to deploy new ideas and incremental improvements.  The variety of devices also enables early-stage designs to enter less cost-sensitive market niches first and to expand over time as designs and production efficiencies improve.