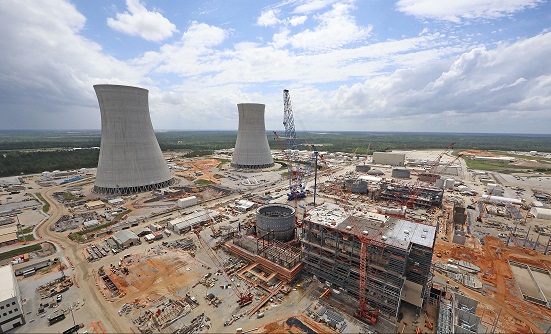 3)  Exelon fails to clear latest capacity auction with two of its reactors.  Exelon's Three Island Mile and Quad Cities nuclear facilities failed to clear the latest PJM auction.  Trade publication Utility Dive noted that Exelon said the loss "stemmed from 'the lack of federal or Pennsylvania energy policies that value zero-emissions nuclear energy,' and, in the case of Quad Cities, not falling under Illinois ZECs program."

Reliability is the main selling point of baseload nukes facing increasing operating and maintenance costs.  Thus, it is notable that while nuclear blames renewables for its heartache, non-hydro renewables comprise a tiny portion of the PJM capacity market.

A cynical view of the politics of nuclear power leads one to at least consider that perhaps Exelon is playing a bigger game.  The only way for the firm to extract multi-billion dollar subsidies to keep its aging fleet open is to present as realistic a case of distress as they possibly can.  Strategic losses in capacity auctions could be part of this.  Indeed, the firm's management may well decide that its highest return "new" line of business is extracting subsidies from taxpayers to prop up their old plants.  Here's Crain's, which has long tracked the political strategy of Exelon:

Fresh from winning subsidies in New York and Illinois, Exelon wants ratepayers in other states to pony up more to keep nuclear plants open... In an email, Exelon says only that it "continually evaluates strategic opportunities to add value for our shareholders and customers." Speaking generally of its desire to subsidize nuclear power beyond Illinois and New York, Exelon says, "Right now, active discussions on the economic and environmental advantages of nuclear power are occurring in Connecticut, Ohio, New Jersey and Pennsylvania."

And their strategy seems to be working.  According to Crain's:  "Exelon's stock has risen 36 percent since the Dec. 1 agreement in Illinois, well above the 20 percent increase for the Standard & Poor's 500 Utilities Index."  UPENN's Kleinman Center for Energy Policy noted in a recent blog post that it is quite difficult to ensure the subsidies flowing to old nuclear reactors (which are often part of a complicated corporate network) are actually needed rather than simply juicing corporate returns.

4)  Sounds of silence: G7 and fossil fuel subsidy reform.  The G7's 2016 pledge to end harmful subsidies to fossil fuels by 2025 was not re-affirmed in their most recent meeting in Italy.  While it was agreed to in April, the issue was not included in the formal ministerial communique in May, an omission bleakly noted by fuel subsidy research NGO, Oil Change International.  These things aren't particularly binding, so the inability even to make clear statements of direction is troubling.

5)  The persistent areas of overlap between civilian and military nukes.  A sobering review of Japan's plutonium stockpile, its civilian origin, and the weapons proliferation risks going forward.

6)  Westinghouse bankruptcy: about that $8.3 billion they owe Uncle Sam...  Turns out the last sliver of the "nuclear renaissance" in the US is at risk due to poor management, fiscal distress, and the bankruptcy of one of the key vendors, Westinghouse.  Gee, if only somebody could have seen something like this coming.  In one of the finest moments of pretend finance in recent years, DOE flagged the risk of these massive loans (roughly sixteen Solyndra's) at zero.

The bankruptcy affects nuclear projects in both SC and GA, though only the GA project (Plant Vogtle) is receiving federal subsidized loans.  The big question is how much of the DOE loans will end up in the lap of taxpayers.  As of now, Vogtle hobbles on, with Southern Company -- the largest investor in the project -- taking over the lead from Westinghouse.  Whether or not the Vogtle reactors are completed, there are billions in costs to be covered by some combination of customers, taxpayers, and utilities.  Here's the Atlanta Journal-Constitution's summary:

The Plant Vogtle project was backed by $8.3 billion in loan guarantees from the U.S. Department of Energy – during the Obama administration...[T]he Congressional Research Service noted that those loan guarantees came with this price: “If the Vogtle project is terminated, the borrowers must repay the entire outstanding loan amount in five years.”

But the CRS also said that the secretary of energy has the power “to modify the loan agreement terms and take other steps upon a default.”

This battle will not be resolved soon.  Good thing Southern Company CEO Thomas Fanning sold most of his shares in the company back on 2014.

Update, June 3rd:  a key deadline in the continued financing of Vogtle has been missed, and analysts predict litigation.

In a perfect world, publication of what is at its core a listing of financial commitments to energy activities by public banking institutions should not be an item of particular note.  For the most part, the shareholders of these banks are Western nations with a tradition of accountable public institutions and democratically-elected governments.  It would seem only natural that the credit supports (including direct loans, loan guarantees, and various export insurance products) extended by these banks would be easily accessible; and that such information would include which firms got on the taxpayer's credit line, how much they got at what terms, and how diligently they've been keeping up on payments.  Given the scale of commitments (the face value of credit supports provided to the energy sector alone by the nine institutions covered in Oil Change's Shift the Subsidies database were nearly $103 billion between 2008 and 2011), the expectation of full transparency does indeed seem a reasonable one.

Alas, the world is far from perfect.  And against the imperfect backdrop of highly fragmented and not very precise information on credit supports, the work done by Steve Kretzmann and his team is a big step forward.  It's not a new issue for Kretzmann.  He and I have had discussions on this topic going back a good six or eight years; and even back then he'd been pondering the issue for awhile.

What is great about his current presentation of the topic is the ease with which detailed listings of commitments can be accessed, and the very creative ways in which important distinctions are graphically displayed.  It is always tough to distill core messages from a large set of data, and I think they've done a nice job.  They use color, of course -- "green" projects are, well, green.  Relative magnitudes are enhanced using symbol tags and larger circles to show who gets the biggest pot of credit.  The sorting capabilities (by fuel, geography, time) and drill-downs to information on the specific project are extremely good.  I also appreciate their decision to include resources like biomass, incineration, and large scale hydro into an "other" energy category rather than pretending that these resources are inherently clean power sources.

Overall, this is a solid platform that I hope they will be able to expand and extend in the following ways:

The newer and higher risk the technology being financed, the poorer or more politically unstable the country a project is going into, and the larger the capital going into a specific deal, the higher the intermediation value of these credit programs are likely to be.  While getting the value exactly right can be hard, we can clearly do better than just reporting the face value of the commitment.  Quite helpful in taking that step would be a much higher degree of transparency by the banks in terms of credit terms and loan-specific performance.

Like so many attempts to strip away senseless subsidies before it, the most recent Congressional push to eliminate at least a handful of expensive subsidies to the oil and gas industry was blocked in May.  But the growing deficits remain, and with them the pressure for fiscal austerity and the need to demonstrate a competant bi-partisan ability to govern.  The push to kill these subsidies may well rise again.

Here's a rundown of some of the coverage of the oil subsidy issue I found notable.

1)  Why end oil and gas subsidies.  Dan Primack's (Fortune Magazine) synthesis of the reasons to end oil and gas tax breaks is concise and articulate.  Well worth a read.  Great suggestions as well in the 2011 Green Scissors Report, produced through a joint effort of Taxpayers for Common Sense, Friends of the Earth, Public Citizen, and the Heartland Institute.

2)  Save our subsidies:  the role of lobbying.  Steve Kretzmann over at Oil Change ran the numbers on political contributions and saving the subsidies to oil and gas.  Their finding?  Those protecting the subsidies got average donations five times the level of those voting for reform.  I know you are all shocked...  An interesting update on this work looked at links between oil and gas industry contributions and the core "Super Congress" chosen to serve on the Joint Committee on Deficit Reduction, slated with identifying deficit-cutting options for the country.  The hope, of course, is that regardless of past affiliations these individuals can rise above parochial interests to do what is right for the country as a whole.  Time will tell.

3)  What's good for big oil is good for the USA.  Industry profits continue to surge, but this has no bearing on whether or not to get rid of subsidies according to industry boosters.  They are good for all of us, industry officials say.  Here's a quote from the American Petroleum Institute's Kyle Isakower that I think is destined to become an industry classic:

"When our industry does well, much of America does well also," Kyle Isakower, API's vice president of regulatory and economic policy, said in a briefing with reporters Monday, adding that the industry's reinvestment drives "economic progress and translates to billions of jobs supported, vast amounts of retirement income protected and billions in government revenue generated."

So I guess we should give them more money?  Isakower's linkage of oil subsidies to "retirement income protected" is a new one to me, and among the most absurd of the claims I've seen put forth by industries trying to defend their continued access to the federal trough.  Subsidy elimination would have very little impact on oil company share prices, which aggregate production from multiple business lines in many countries of the world.  Further, it is quite clear that fiscal default and ballooning deficits even without short-term default will have a far more detrimental impact on retirement funds and funding than stripping the favorable tax rules that have fed the fossil fuels industry for more than eight decades.