Complex security, environmental, and economic trade-offs remain the norm for the energy sector.   Government intervention is also the norm, and too often involves a torrent of energy plans, white-papers, and legislation.  In an ideal world, government policies should work in tandem with market forces to achieve an adequate energy supply mix that is cleaner and more diverse than what preceded it.  These synergies do not currently exist.  Instead, there are thousands of government energy market interventions in place around the world - many of which act counter to stated energy securi

Complex security, environmental, and economic trade-offs remain the norm for the energy sector.   Government intervention is also the norm, and too often involves a torrent of energy plans, white-papers, and legislation.  In an ideal world, government policies should work in tandem with market forces to achieve an adequate energy supply mix that is cleaner and more diverse than what preceded it.  These synergies do not currently exist.  Instead, there are thousands of government energy market interventions in place around the world - many of which act counter to stated energy security, dive

This study (main report - data annexes) led by IEEP and carried out in collaboration with IVM, Ecologic Institute and VITO aims to support the European Commission in implementing the call in the Resource Efficiency Roadmap to phase out EHS by 2020. The study identifies a number of existing EHS in EU Member States across a range of environmental sectors and issues.

This report is the latest of a string of assessments produced over the past 18 years to identify and quantify federal subsidies that harm the environment as well as waste prodigious amounts of money.  The exact coalition producing the reports varies a bit year-to-year, but the Green Scissors Campaign has always been a collaboration between budget and environmental groups aimed at eliminating wasteful spending that is harmful to the environment.

In a speech at West Hills College in Lemoore, CA on Sunday, former Alaska governor Sarah Palin let loose on water restrictions in the arid region.  Here's an extract from the AP's coverage of the event:

The former Alaska governor told more than 1,400 people at West Hills College in Lemoore that endangered species regulations protecting the Delta smelt and limiting pumping are "destroying" the lives of those in the Central Valley.

"A faceless government is taking away their lifeline, water, all because of a 3-inch fish," Palin said. "Where I come from, a 3-inch fish, we call that bait. There is no need to destroy people's lives over bait."

"The government should get out of our way and let us get this economy moving again," she said. "Instead of drilling ourselves and circulating the money here, we're relying on foreign regimes."

The audience in what is generally a conservative region was supportive, cheering and applauding loudly. Someone even broke out with, "We love you Sarah!"

"It was awesome, she was right on," said Doug Freitas, a Lemoore farmer, after the speech. "About water, there are farmers who can't grow their crops, these hardworking people can't pay their bills. And the deficit, it's so scary and it seems like the general public doesn't realize it."

Anybody talking about water in California and railing on big government at the same time ought to, ummm, proceed with caution.  Having just read Marc Reisner's seminal book on water subsidies, Cadillac Desert: The American West and Its Disappearing Water, I figured it might be fun to do a little checking.

And what horrible things has the "faceless government" done to the farmers in this region?  Here is Reisner in the 1993 update of his book (p. 482):

But the Bureau [of Reclamation] undercharged its client farmers so regularly that the CVP [Central Valley Project in CA] repayment schedule had fallen drastically into arrears by 1985.  By that year -- some three decades after the project was essentially completed -- the farmers had repaid a mere $50 million of the $931 million in capital costs that they are obligated to pay back.  (Remember that the farmers are exempted from paying interest on this amount, a subsidy worth at least a couple of billion dollars in its own right).

The effect of everything, according to economists, is that a few thousand farmers will, over the course of fifty years, receive a billion and a half dollars' worth of taxpayer generosity that was never supposed to be theirs...Who are the beneficiaries of this vast unintended largesse?  The report found that the biggest subsidies, on a farm-by-farm basis, are going to the Westlands Water District, which is where the biggest farmers in the CVP service area happen to reside.  (The westlands, in fact, consumers about 25 percent of the water the project has for sale, enough to supply all of New York City.)  By the economists' calculations, the true cost of delivering water to the Westlands has now reached $97 per acre foot; the farmers are being charged between $7.50 and $11.80 [emphasis added].  Taking the average farm size in the district, this translates into a subsidy of around $500,000 per farm -- per year.

This sounds bad enough, but it is even worse than it sounds.  Spread across the district, the subsidy to Westlands amounts to something like $217 per acre per year; the average annual revenue produced by an acre of Westlands land is only $290.  This means that 70 percent of the profit on what is supposed to be some of the richest farmland in the world comes solely through taxpayer subsidization -- not crop production. 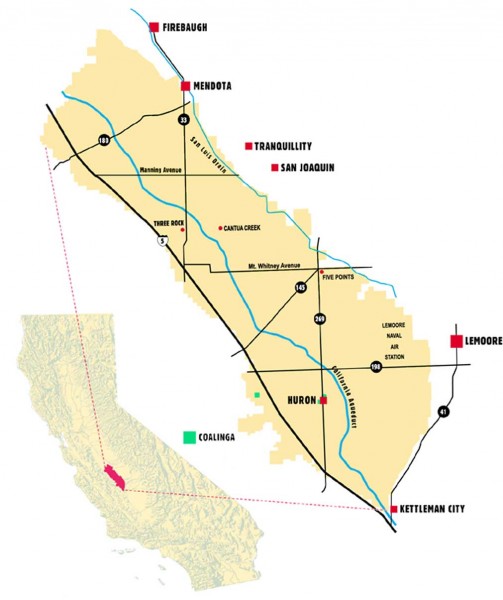 Keith Schneider at Circle of Blue, wrote a very interesting summary of a Sandia National Laboratory report on water consumption for energy production that has been, shall we say, "held up" within DOE despite 22 rounds of revisions.  The report is a more detailed follow-up of an earlier Sandia Report to Congress -- a document that, based on conversations I had with people involved back then, also took a great deal of cajoling before it could be released.

Water consumption and pricing to the energy sector is something that I think is a big deal (see a related post from last year).  The power sector uses as much water as the agricultural sector in the United States.  Yet in doing research for an upcoming review of subsidies to the nuclear fuel cycle, I contacted some of the top water policy experts in the US looking for data on how much the utilities paid for their use of cooling water.  With the exception of one or two sites using some municipally-provided water or wastewater for cooling, I could find none.

Sandia's Report to Congress focused on consumption rates and technical solutions, rather than economics.  I don't think you can get the former without fixing the latter.  If a plant gets its water for free, or nearly so, we shouldn't be surprised that they use so much of it, or that they aren't particularly interested in cutting way back on consumption.  The inputs they have to actually pay for will always trump the free ones for management time and capital investment.

...a number of clues are contained in a March 2007 Sandia National Laboratories paper that summarized the Road Map’s contents. The paper, prepared by Hightower and three colleagues—Ron Pate, Chris Cameron, and Wayne Einfeld—makes clear that any number of executives in the coal, nuclear, oil, solar thermal, and biofuels industries, and their allies in Congress, could be unhappy about the report’s conclusions. The Sandia paper essentially asserts that the United States quickly needs to reconsider and realign much of its energy production policy and water management practices in order to avoid dire shortages of water and potential shortfalls in energy. None of the big energy production or large water use sectors will be left untouched, the paper indicates.

If I were an investor in a new water-intensive energy plant, getting real information on water scarcity, regulation, and pricing now would seem a huge plus.  It would be much better than sinking a few billion of capital into the plant then seeing my production costs surge a few years out as a price for water finally takes hold.

Schneider points to Samuel F. Baldwin, chief technology officer in the DOE Office of Energy Efficiency and Renewable Energy, and Nicholas B. Woodward in the DOE Office of Science, as the two primary reviewers, and the main bottlenecks to releasing the work.  Maybe it is time for them to make revision 23 the magic number; or to formally, and in writing, list the core deficits for which they are blocking the release.