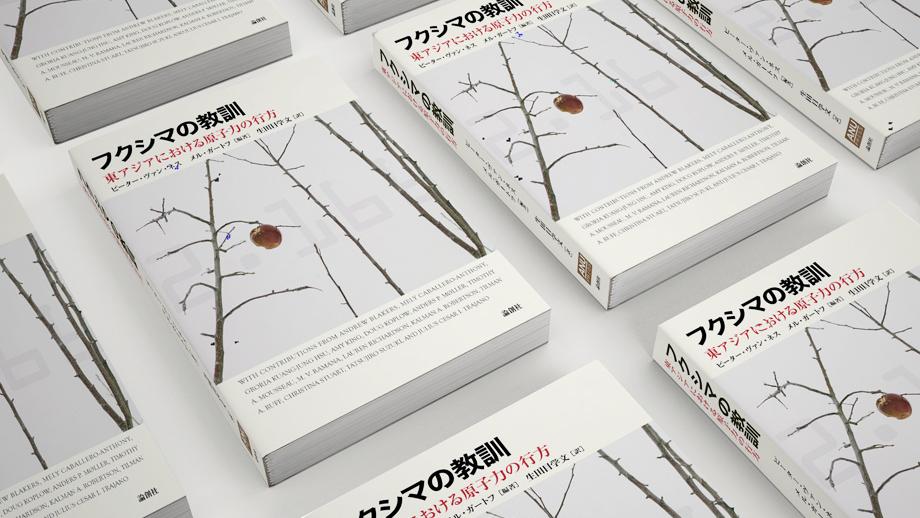 With the eighth anniversary of the Fukushima accident having recently passed, I wanted to mention a few Fukushima-related threads.

1.  A Japanese translation of Learning from Fukushima was released in February, making the material accessible to more people within Japan.  Namatame Norifumi was the main translator, with assistance from Suzuki Tatsujiro.  The original volume was edited by Peter van Ness and Mel Gurtov, and covers a wide variety of issues related to the accident and to nuclear power in Asia.

My chapter focuses on the scale of subsidies and some of the reasons that the most important subsidies to nuclear often get missed.

2.  Cost estimates for cleaning up after the Fukushima accident continue to grow; highlight inadequacy of Price-Anderson coverage levels in the US.  The Tokyo-based Japan Center for Economic Research (JCER) has continued to revise its estimates of Fukushima accident costs upwards, with their latest figure from March 2019 of between between 35 trillion yen and 81 trillion yen ($315 billion and $728 billion).  The government estimate by the Ministry of Economy, Trade and Industry, was much lower, though still a sobering 22 trillion yen ($198 billion).

The low-end of the JCER range involves entombing the most damaged plant (Fukushima 1) in concrete and releasing radioactive water to the sea.  The higher cost part of these estimate range includes treating contaminated water and soil.  The implications for nuclear liability coverage globally is instructive:

The implication is that any moderately-sized nuclear accident in the US will quickly exhaust the available insurance coverage and taxpayers -- rather than reactor owners or their insurers -- will shoulder most of the burden.  Because they are too low, the Price-Anderson caps on US reactor accident liability provide a recurring and significant subsidy to reactor operations.

What about Japan?  As of 2016, the government of Japan had lent more than $120 billion to TEPCO, all of it interest free.  The TEPCO long-term borrowing costs listed in financial statements around that time are less than 1 percent.  The values are so low for a firm in distress, strongly suggesting that they are skewed by the subsidized government loans themselves.

A better proxy is the weighted average cost of capital (WACC) for Japanese firms -- though even those values are likely also to be too low given that TEPCO would be deemed extremely high risk or insolvent absent the government bailouts.

Data from PWC for 2015 provides some benchmarks, with an average WACC of 5.6% for the JPX-400 index of stocks;  6.7% for the electric sector; and 3.0% for the power sector.  The capital subsidy from this loan alone is between $3.6 and $8.0 billion per year.  Normally, interest would compound, resulting in even larger subsidies over time.  Even without compounding, the capital subsidy alone provided by Japan to TEPCO exceeds the total value of the nuclear accident insurance pool in the US every 1.5 to 4 years.

3.  Fukushima health effects, widely conflicting claims.  Staunch nuclear advocates such as Michael Schellenberger frequently discuss how safe they view nuclear power as being.  Often, a comparison is made to coal.  It is true that the coal fuel cycle does trigger massive numbers of deaths worldwide both through mining accidents and air pollution.  Future-looking comparisons need to look at natural gas and renewables more than coal, however, as coal investments are on a strong downward trajectory and existing plants continue to close.

Further, the concerns with nuclear are primarily linked to worries about large incidents caused either by accidents at civilian reactor or fuel cycle facilities; or from military activities resulting from proliferation leaking from civilian activities.  This is in contrast to other fuel cycles where deaths associated with extraction and emissions dominate.

Schellenberger argues that even with catastrophic reactor events such as Fukushima, the accidents ain't no biggie.  In an article he wrote for Forbes last month, he says that no radiation-related deaths have been linked to the Fukushima accident.  He argues that health impacts from radiation have been overstated, with cancer incidence even from the Hiroshima and Nagasaki bombs much lower than predicted, the implication being that the impacts of reactor incidents will be smaller still.  And he notes that a financial settlement on litigation involving a worker who died from lung cancer was a political settlement, not one based on good science, and his illness was unrelated to the reactor.

Tilman Ruff of International Physicians for the Prevention of Nuclear War (and who also wrote a chapter in the Learning from Fukushima book) has a very different take:

By 2017, a total of 40,000 workers had been involved in the extensive decommissioning work which will be required for many decades.  About 8000 work at any one time. Over 90% of these are subcontractors, who have poorer training and conditions and receive on average more than twice the radiation exposure compared with TEPCO employees. Maximum exposures for subcontractors in Jan 2018 were documented at over 10 mSv/month. Thus far 5 cases of cancer among clean-up workers have been officially recognised as occupationally-related – including 3 cases of leukemia, one thyroid cancer, and 1 case of lung cancer...

By Sep 2018, the Japan Reconstruction Agency identified 2202 deaths as related to the nuclear disaster – principally through suicide and interrupted or diminished medical care. However comprehensive long-term prospective mechanisms linked to radiation exposure have not been established to monitor population health impacts of the nuclear disaster. If you don’t look, you won’t find. Given the fragmented and incomplete nature of cancer registries in Japan, it is quite possible that health effects would not be detected.

Tracking of thyroid cancers should have been an area with strong and consistent data, Ruff notes, but it is not being properly tracked by the Japanese government.  Monitoring of animals and plants in the accident area is indicating effects from the radiation as well.

So either the Fukushima accident has caused no cancer deaths, but many deaths from ill-advised evacuation orders by the government in 2011 triggering dislocation, stress, and loneliness; or cancer effects are not so small and yet government actions are pushing people back into radioactive areas that are still not safe and failing, whether on purpose or not, to track critical health data.  Given a lack of transparency on past nuclear sector problems in Japan, I put more faith in Ruff's assessment of the situation.