Nuclear Waste Fund: a little break for some free lunch 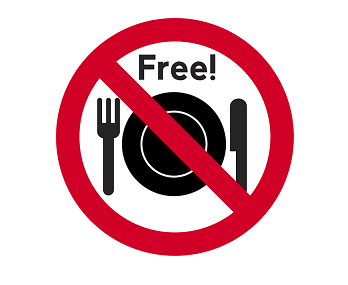 With no plan for a long-term nuclear waste repository in process, the nuclear and utility industries argued that continued collection of the nuclear waste fund fee was unwarranted.  Litigation against the US Department of Energy was led by the National Association of Regulatory Utility Commissioners, and of course, by the well-funded lobby group, the Nuclear Energy Institute.  The DC Circuit Court ruled in the industry's favor, and DOE lost its appeal.  As a result, collection of the nuclear waste fee (running about $750 million per year) ceased in May 2014.

To be fair, with little progress on what to do with the nuclear waste and the single US repository candidate (Yucca Mountain in Nevada) suspended, industry concerns over the direction of the Fund and the uses of the collected fees don't seem entirely unreasonable.  In fact, had the industry pushed to escrow collections for the nuclear waste fund until there was progress on long-term waste management challenges, I would have viewed the move as logical and measured.  Such a shift would have kept the Fund balance growing both through accrued interest (which continues still) and fee contributions to principal (which do not) -- while also giving the industry an additional layer of protection against fund "leakage" until such a time that a long-term plan is worked out.

But cessation of fee collection entirely is not reasonable at all.  Taxpayers remain liable for having to deal with the industry's nuclear mess, and neither the ruling nor the cessation of new collections change that fact one whit.  Rather, the industry-led move simply ensures that there will be even less money available once work on a repository again begins in earnest and real cost information (rather than just engineering projections) are finally available.  The collection stoppage thus becomes yet another example of the nuclear sector sloughing onto taxpayers the liability and financial responsibility for the nasty and risky parts of the nuclear fuel chain.

Congress established the Nuclear Waste Fund in the Nuclear Waste Policy Act of 1982. Collections to capitalize it began the following year.  Like Social Security, the goal was to ensure nuclear consumers contributed funds during the active lives of the reactors to cover long-term liabilities that would at least in part occur after the operating lives of the reactors were over.  And like Social Security, it is not so easy to ensure collections are at the right level to cover these future, unknown costs.

As deals go, the Waste Fund was (and is) a pretty good one for US civilian reactors.  In return for a 0.1 cent fee on each kWh of nuclear-generated electricity, the federal government would take on the politically- and technically-daunting tasks of building, siting, and managing a repository for high level radioactive waste. The venture was hardly a "normal" engineering project:  the repository would need to be overseen for centuries, and current estimates for the life cycle costs of the repository run as hi 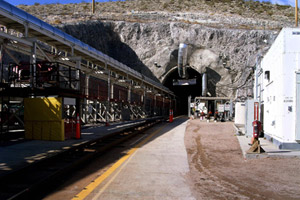 Not only would the feds provide a place to host the waste, they actually agreed to a specific time by which these services would be ready.  Given the risk of the enterprise, this was an extremely poorly structured risk sharing arrangement, and one that has turned out to cost taxpayers dearly.  Initial payments to utilities for missing this deadline were about $1 billion, with contniuing payments running at about $500 million per year.2   The money for these breach of contract payments comes from general tax revenues, not from the Nuclear Waste Fund.  Planning for other long-term liabilities -- pension plans, or post-retirement health care obligations, for example -- are quite challenging for corporations and municipalities alike.  But in comparison to the financial uncertainty and lengthy timelines associated with storing high level radioative wastes, these other areas look almost easy.

Despite the complexity and risk, taxpayers get nil even if things work out well

For taking on all of that risk, taxpayers will earn a risk premium of ZERO from the generators of high level radioactive wastes (~80% nuclear reactors/20% military).  Normally, high risk, capital-intensive endeavors need to have high expected returns in order to justify the effort to take them on.  In stark contrast, the repository was set up to operate as a non-profit, break-even enterprise, with no return on taxpayer-invested capital despite the risks.  The fact that nuclear is the only energy resource requiring such complex waste management adds an interesting twist.  Having the government provide these services in return for a small, fixed fee provides an important competitive advantage to the sector relative to other sources of electricity.  This is partly in the form of avoided costs (because the waste fees are too low), but importantly through reduced capital costs as well since federal responsibility for the wastes takes that long-term uncertain risk away from investors.

The statute allows the fee amount to be increased if analysis in DOE's periodic "Waste Fee Adequacy" assessments (this one is from 2013) indicates it needs to be.  In theory, this means that the feds could make up for years of lost waste fee collections by ramping up the levy per kWh once the collection again begins.  At best, such adjustments could boost fees to cover higher expected repository costs only at breakeven.  Statutory change would be needed to build in a proper rate of return and thereby eliminate the competitive advantage the Waste Fund gives to the nuclear sector (changes that I believe should be pursued).

However, even an adjustment to ensure breakeven seems unlikely.  Since the program's inception, fee increases of any type have never happened.  During those three decades, the real value of the 0.1 c/kWh fee has dropped sharply due to inflation:  each $1 collected at the start of the program in 1983 would require $2.38 to be collected today to be of the same real value.

Industry proponents argue that fees have not gone up because there has never been a need:  there is about $30 billion presently in the fund unspent, after all, and that money continues to accrue interest.  But such a conclusion seems an oversimplification given the massive task at hand.  The repository is basically a one-of-a-kind megaproject, and (DOE's Fee Adequacy studies not withstanding) it is hard to argue that we really have a clear picture on how much it will end up costing.  No permanent nuclear waste repository has opened anywhere in the world yet, and megaprojects in general have a resounding track record of coming in massively late and overbudget.  By the time the real need for funds is known, there will be no utilities still operating to pay in.

Time for a little free lunch

Not surprisingly for a project of this size, political and delivery problems abounded.  Nobody wanted to host the repository, including the state of Nevada where the federal project was finally placed.  Costs ran high; timelines long.  Then, the Obama Administration determined that, after many billions of dollars spent, the Nevada site was not suitable. The geology, among other factors, was not as favorable as had been believed.  What was left was a very big and a very expensive hole in Nevada ground.

The nuclear waste repository hadn't exactly been humming along towards completion prior to cancellation.  However, the formal cancellation altered the legal reality:  now, money was being collected from ratepayers and put into a fund already in surplus, but it was clear that there was not an active and viable plan for managing the waste anymore.  This ran afoul of the statutory authority.

Alas, despite a shift in legal reality, many important economic realities did not change:

1)  Taxpayers still bear enormous service delivery risks, and these liabilities do not decline during the fee holiday.  The federal government, and therefore federal taxpayers, continue to bear the financial and technical risks of managing this waste stream for many centuries.  The likelihood that a repository project won't have massive overruns like any other massive public or private infrastructure project is untenable.  This point was even flagged in the judge's ruling on the waste fee case, as reported by CNN (and based on DOE's 2013 Waste Fee Adequacy report):

"According to the Secretary (of Energy), the final balance of the fund to be used to pay the costs of disposal could be somewhere between a $2 trillion deficit and a $4.9 trillion surplus," U.S. Appeals Court Judge Laurence Silberman wrote. "This range is so large as to be absolutely useless as an analytical technique" to determining the size of the fee.

2)  Overall collections were too low anyway.  Even if the megaproject cost projections are accurate (which they won't be), the structure of the nuclear waste repository program as a non-profit break-even nationalize enterprise conveys a subsidy to nuclear over other technologies even under the old rules.  (See chapter 7 here for more discussion of repository subsidies).

3)  Taxpayers still have to pay utilities for onsite storage due to delivery delays.  The federal government, and therefore federal taxpayers, continue to have to pay utilities for onsite storage of spent fuel because of the poorly structured risk sharing agreements implemented with utilities.  The longer the delays, the more these costs will rise.  Given that federal taxpayers will be responsible for the waste for so much longer than the utilities now temporarily storing it, it is rather odd that some utilities will nonetheless receive most or all of their contributions from the per kWh fees back via the settlements for onsite storage.  Excel Energy customers in the Upper Midwest, for example, are nearly half way there already according to MinnPost, a regional publication.3   This is a warning sign that managing the wastes and repository is likely to cost far more than DOE has currently predicted.  It is also a good example of the large difference between commercial, market-neutral pricing of waste management services and the subsidized break-even approach being deployed by the federal government.

4)  The "pay-in" window for existing reactors is shrinking.  The US nuclear reactor fleet continues to age, with market pressures forcing closure of facilities early.  Once a reactor stops selling nuclear power, its contribution to the socialized Nuclear Waste Repository comes to an end.  A cessation of collection for even a few years could comprise a significant portion of the remaining reactor years of the existing US fleet.

These same closures also mean that the theoretical ability to implement higher fees per kWh once the fund starts again in order to make up lost revenue is not a real option.  Lower collections today simply mean an even bigger taxpayer subsidy to handle nuclear power's wastes tomorrow.

Were you involved with nuclear waste issues in the early 1980s?

Nuclear proponents sometimes argue that the government "wouldn't let them" keep their waste, as though it was a sacrifice for them to give it up.  The rationale for waste as an asset is the theoretical ability to use wastes from conventional reactors as input fuels for more advanced fuel cycles.  But this line of reasoning runs into two problems:   first, the right to retain or ship wastes for reuse prior to conveying to a federal repository seems to remain; and second, that the economics of the advanced reactors have yet to work.

Far more likely is that not only was the industry thankful to remove this large, uncertain, and long-tail liability from their balance sheets, but that they lobbied hard to get it approved, and to include the favorable terms that we see today.

Were you there?  Were you involved in these issues in the early days of nuclear waste nationalization?  What really happened?  Please send an e-mail and let me know.