So which forms of energy should we subsidize?

I am often asked what forms of energy should be subsidized. Though much of my work documents how subsidies end up wasting money and don't achieve their stated goals, I don't universally reject the use of public resources to help implement important societal shifts. Clearly, we have a moral responsibility to use both public (and private) money to alleviate suffering in our country -- whether due to a lack of food, heat, or illness. The case for subsidizing systematic changes in our economy (such as to a lower carbon footprint) could be made as well, though not in the way it is usually argued in policy circles.

Once one starts moving from the theoretical use of subsidies to actual policies that transfer large amounts of wealth, trouble begins.  Implementing a transfer policy that is efficient and effective in achieving the desired structural shifts is not easy.  Often, subsidies are put forth as a solution to problems that could actually be better addressed through desubsidization of competing goods or services. In many other cases, subsidy policy is gamed to the benefit of entrenched interests, and the policies can slow rather than accelerate the desired shifts. 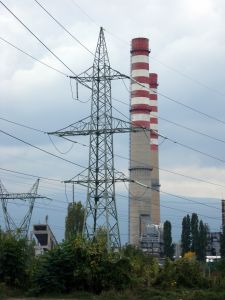 Thus, I do not have a list of "most deserving" subsidy recipients.  Unlike Congress, I do not believe that I can reliably predict the most effective energy paths for the country.  Finding a cool new energy technology is one thing.  However, identifying the set of options that are actually going to work technically, that are economic to implement, that can gain market share quickly enough to make a difference, and that can be scaled to the magnitude needed without creating large ancillary problems is a different task altogether (see "Energy Transition: Mapping an Appropriate Role for Government").

Thus, I focus instead on getting the policy structure correct so that the best choices are more likely to win out in the marketplace.  This approach channels the dynamism and discipline of market forces, while allowing multiple pathways to be pursued at once.  Since there is attrition at every stage of new innovation, scale-up, and market adaption, having multiple pathways at the start is necessary if there are to be sufficient successes by the end.

For identifying how to allocate public support, something as simple as defining the real end-goal of the subsidies is a critical starting point, but can be surprisingly difficult to nail down.  Is it energy independence (proponents argue we should subsidize anything made in the US or tax oil imports)?  Counter-acting climate change (proponents argue for subsidizing lower-carbon fuels)?  Poverty reduction (where perhaps subsidies focus on fuels used by the poor)?

Political forces pass legislation by pooling together interest groups. In the subsidy arena, this means a "big-tent" process where everybody important (i.e., their support is needed to pass the bill) gets something.  The more powerful groups get more. The "real" objective of the policy often becomes secondary to shifing around piles of cash.

So here's my guidelines on policy pre-requisites if a subsidy program is to have any chance of success:

Here’s a graphical example of what happens all too often when subsidies are politicized.

Counting with Mitt: Subsidies to fossil fuels that the campaign forgot

Communicating Arcane Subsidies to a General Audience: Look at the "Story of Broke"